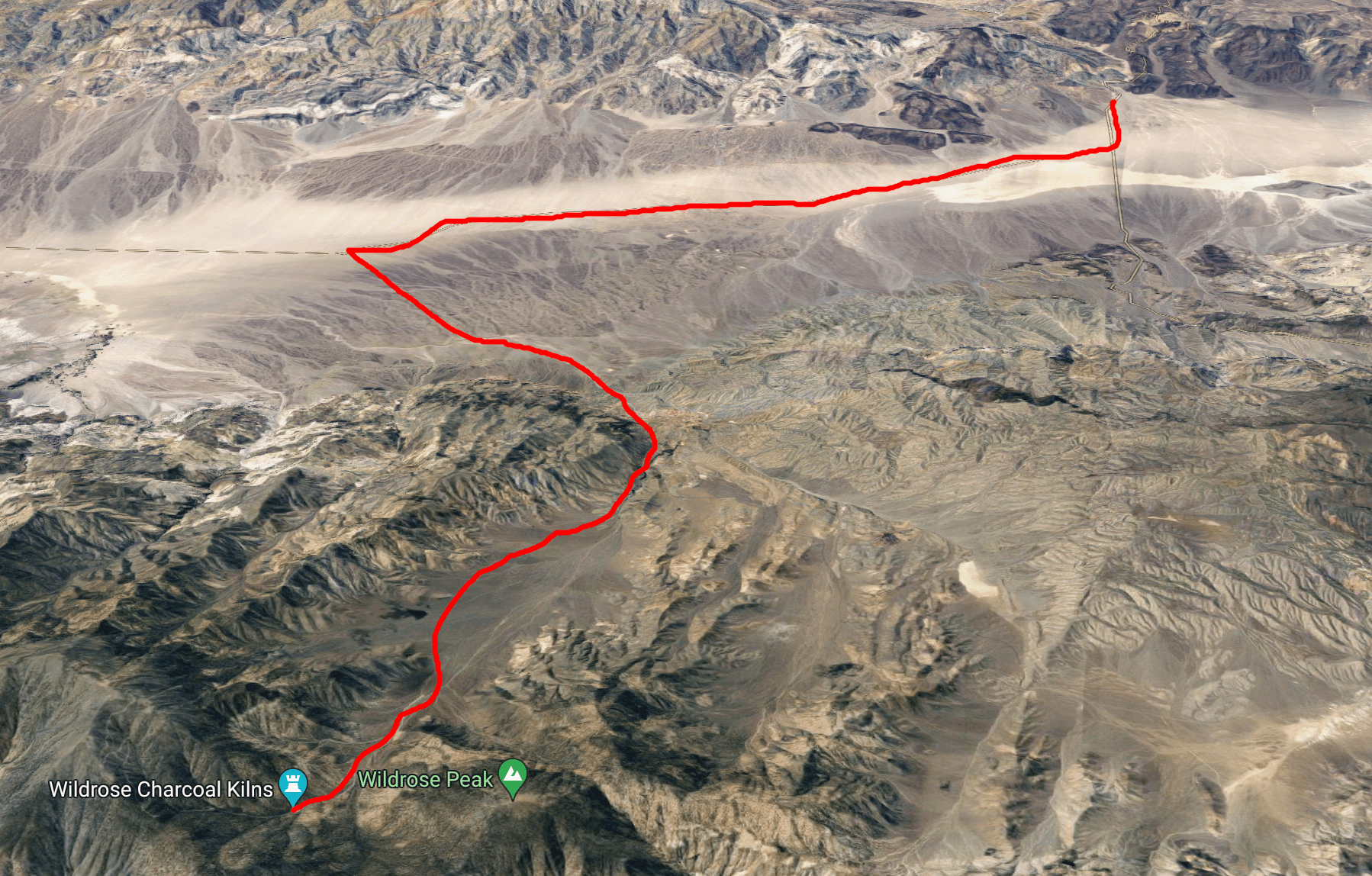 We staggered the really difficult days of the low to high trip around two active rest days on days 2 and 4. The plan for day 2 was to mostly bike downhill into the Panamint valley for 10 miles (west of Death Valley) and then ride rolling terrain to the Panamint Springs Resort, a small campground and restaurant on the western edge of the park. With just 30 miles of riding total we expected to have plenty of time to rest and enjoy the views of the mountains surrounding us.

Today was all about getting enough rest, so we waited until the sun was high enough to hit our tent over the ridge behind us before getting up. 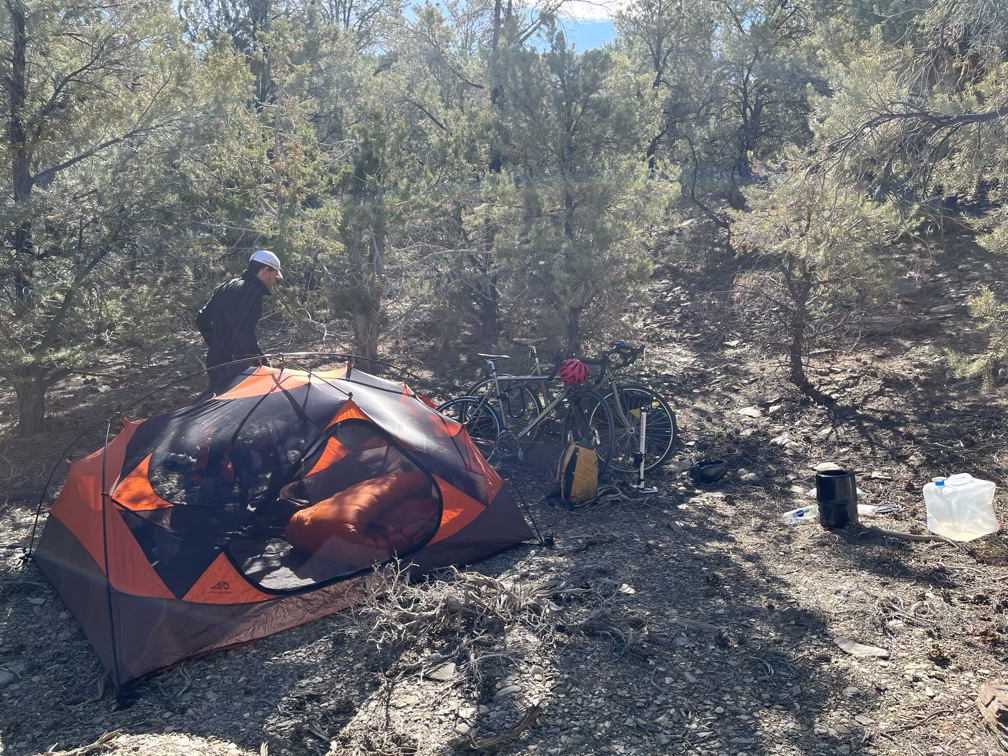 Eventually, with the sun high up and warmer temperatures we got out of bed and made some breakfast. The Charcoal Kilns which are near where we set up camp were placed specifically to take advantage of the Pinyon Pine forest that you can see in the background. For a few years in the late 1870s the kilns were used to make charcoal for a nearby ore mine.

We packed up camp, leaving behind our sleeping gear, tent, and stove – which we were planning to pick up on day six on the way back to the death valley. The Charcoal Kilns are about two miles up a dirt road, which Alan had no trouble riding down. I was worried about the thin tires that I have on my road bike and whether I might get a sidewall puncture because of the large rocks, so I chose to walk down. Fortunately the sun was still low enough that it was just a nice cool recovery walk after the day before. 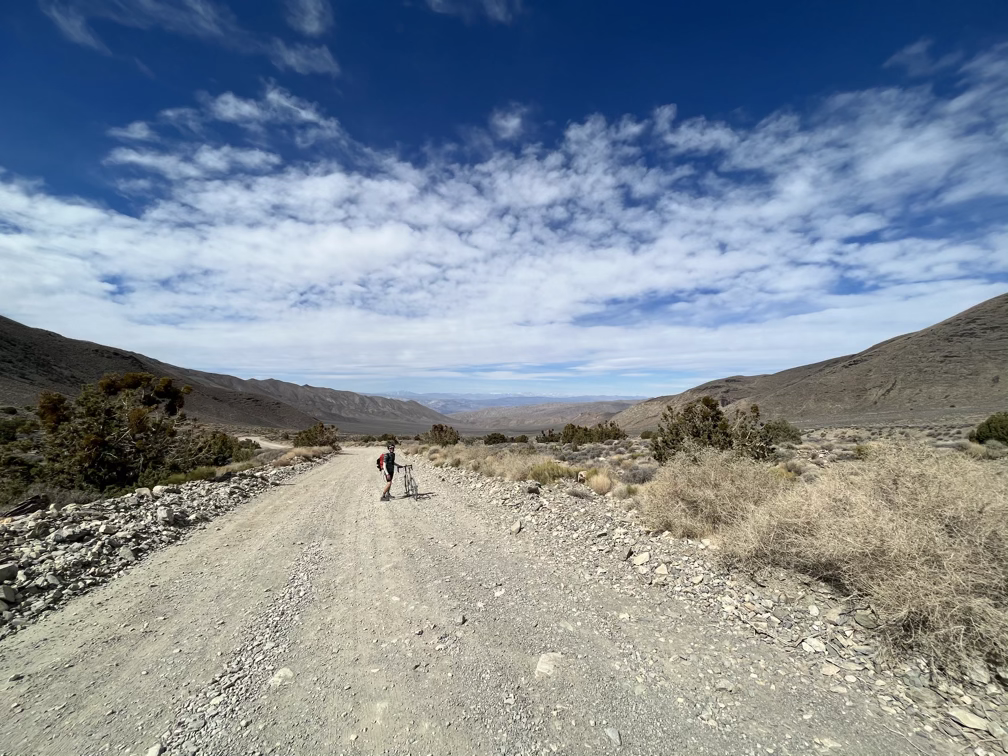 Eventually, we got to the pavement!

It’s hard to describe the experience we had biking down. I find a deep joy in biking up big hills and then coasting back down them, but walking up and then biking back down was even more surreal. It felt like this massive payoff for the work we put in on the previous day. We tried to capture a bit of the feeling in our videos but it doesn’t really do the moment justice.

After a long smooth beautiful descent down the Wildrose valley we split off the more-or-less well paved road and onto a smaller road that would take us directly down into the Panamint valley. Before starting the trip we had checked in with someone who lives in the valley about whether the road was even passable, because it’s marked as both a paved road and a high clearance road on the map, which seems like a bit of a paradox. The answer is that it was a paved road, once upon a time, and is now a high clearance road. Basically, it was bumpy. 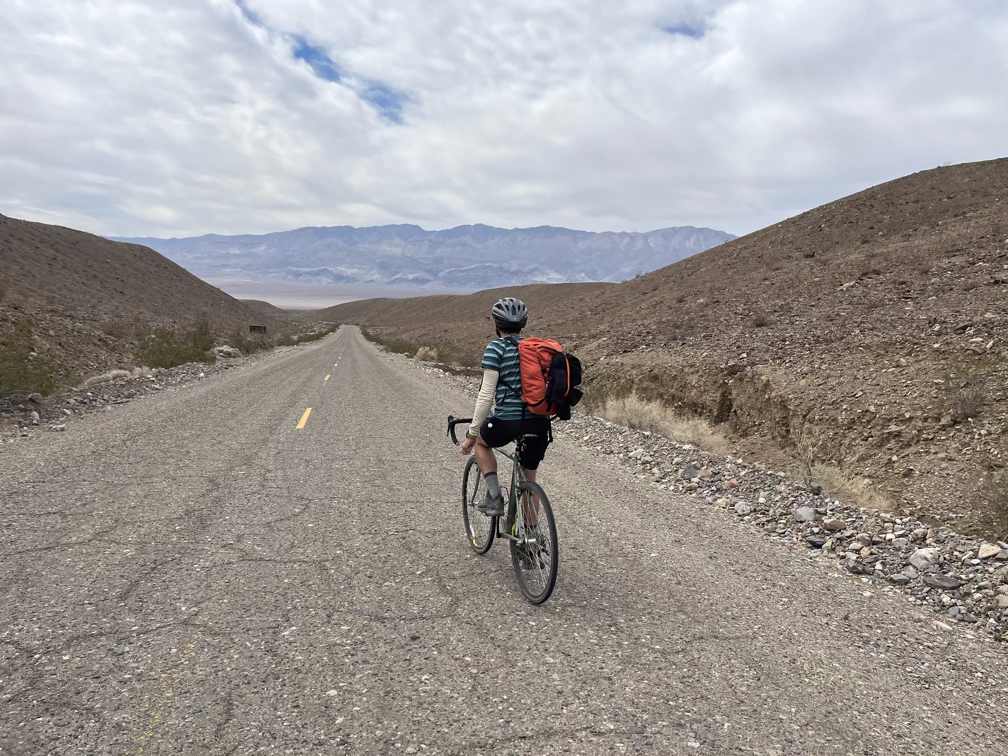 When we mean bumpy we don’t mean “oh the road isn’t paved so well”, we really mean that they glued rocks together to form the road. Not even small rocks, these are just the same rocks that you find next to the road without any glue holding them down. At 30 miles an hour on a downhill on a stiff road bike this stuff shakes your skeleton and sort of feels like it’s giving you a mild concussion? Fortunately we hit the bottom of the valley after another twenty minutes or so of downhill riding and the flats started, which were a bit more of a slow cruise. 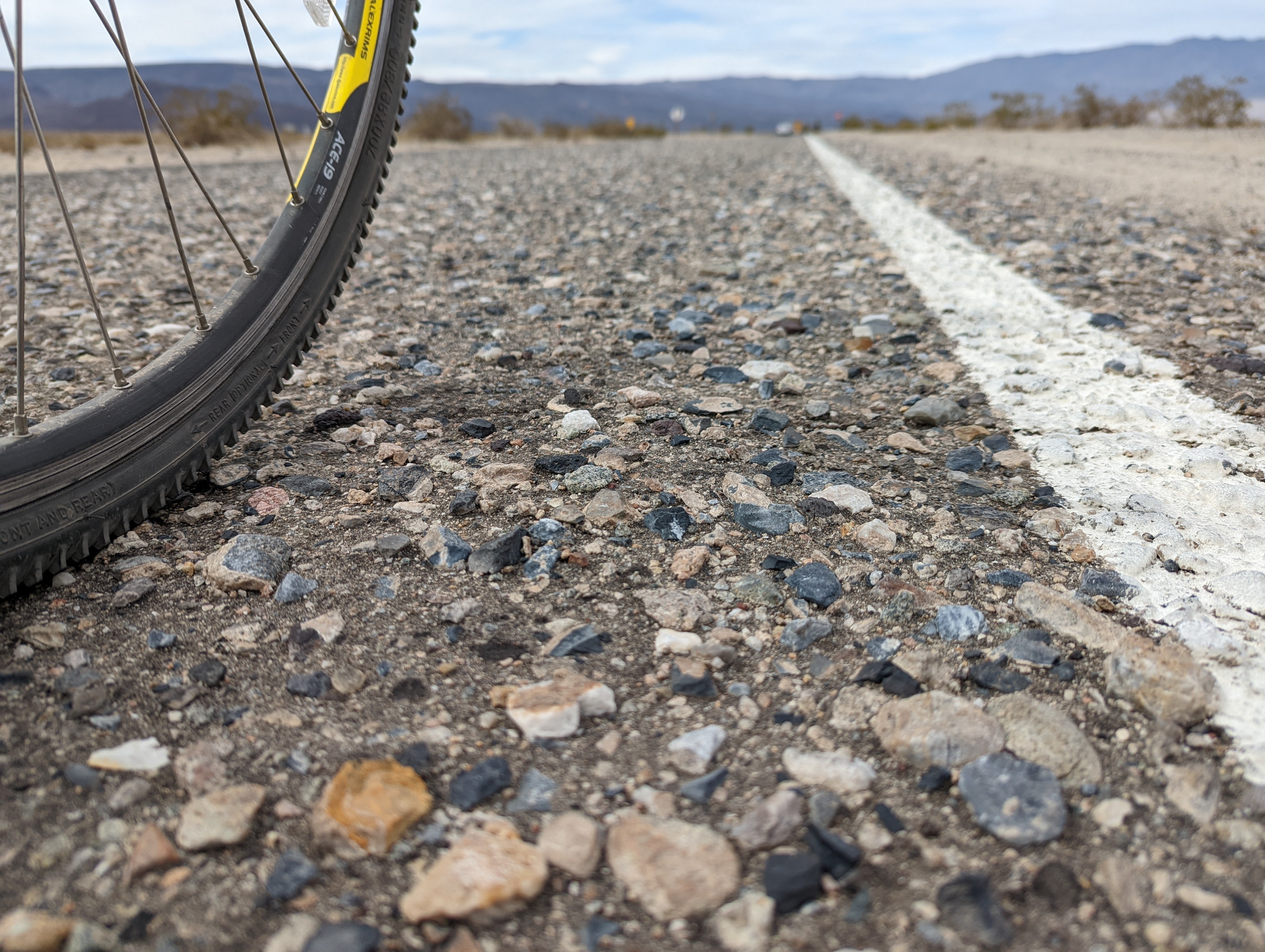 Pretty soon we were cruising across the flats, feeling worn out but happy. One of the peculiar things about death valley and the American west in general is that distance is very hard to judge. Things appear much closer than they actually are, a bit of an optical illusion due to the scale of the whole place and how un-crowded things are without any trees. So even though we only had to cross Panamint valley, which from one side doesn’t really seem all that far, it was still basically a 20 mile bike ride across the valley floor.

A long beautiful and mostly boring ride, occasionally punctuated by a car passing at 70 miles an hour, followed before we arrived at the Panamint Springs Resort, a privately owned chunk of land within the Death Valley park with a campground, showers (my first shower in ten days!), and a restaurant. 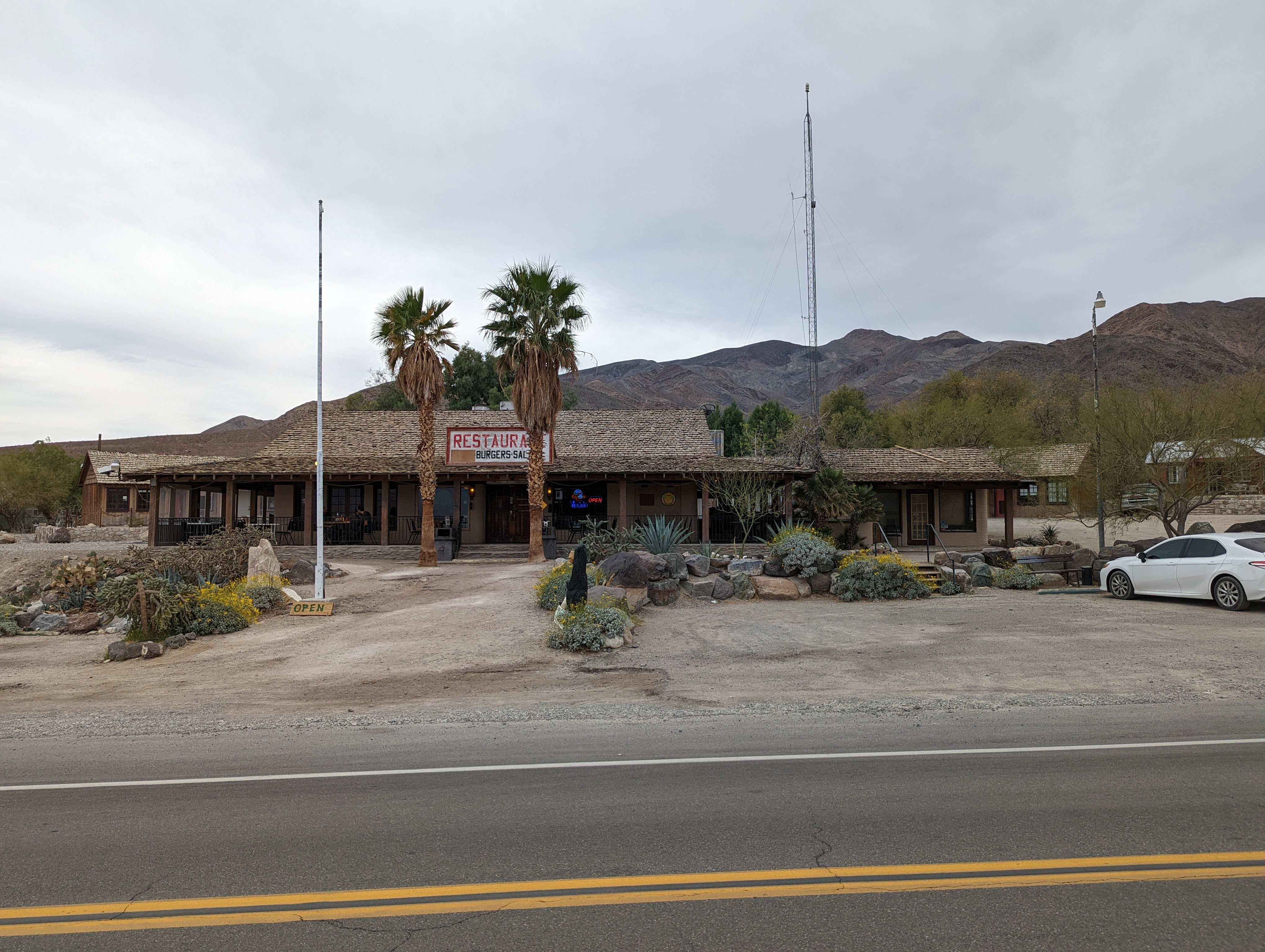 The resort was critical to our trip because neither of was prepared to do the entire 90 mile ride in a day right after our massive Telescope peak hike. Breaking it up allowed us to enjoy the ride down into the Panamint valley without stressing about getting to the uphill part of the ride early in the morning. Instead, we each had a beer and I ended up getting a pretty decent pulled pork sandwich, some solid french fries, and some light greens to balance out the steady diet of brownies and goldfish consumed so far on the trip. We also took the opportunity to wash all our clothing and meet some of the folks in the campground! By sunset at 7pm we were falling asleep, alarms set for 6:00am the next morning. 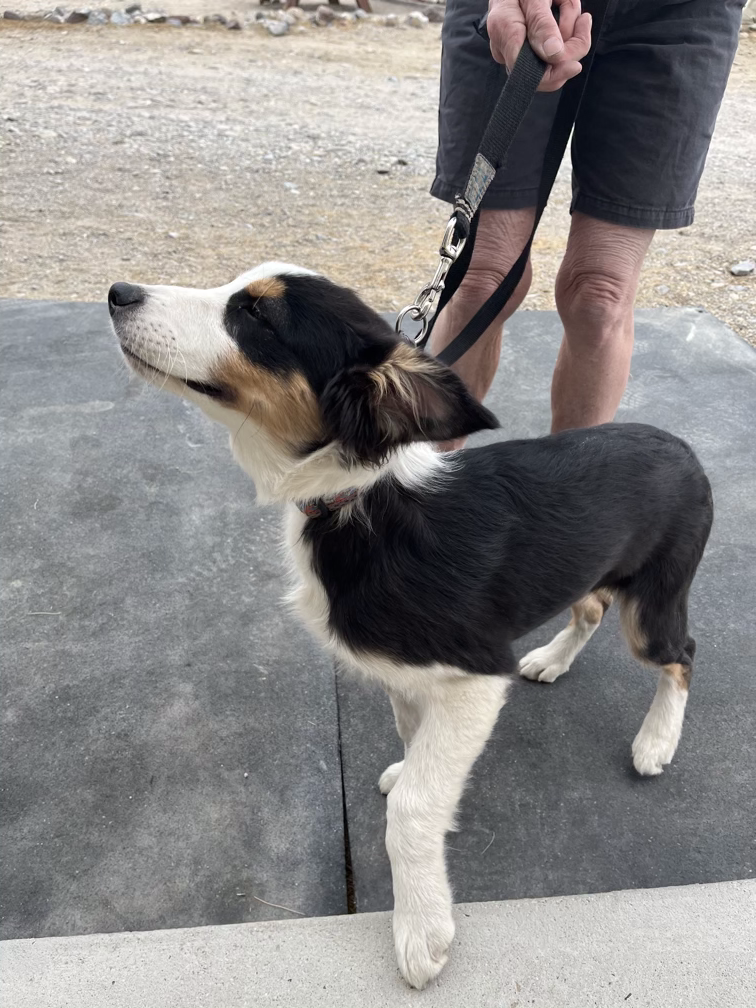