To kick off the trip we needed a full day of gear caching and driving, just to set everything up for later on. The first step was to put a car at the Whitney Portal, which is the trailhead leading to the Mt Whitney mountaineer’s route which we planned to ascend five days later. 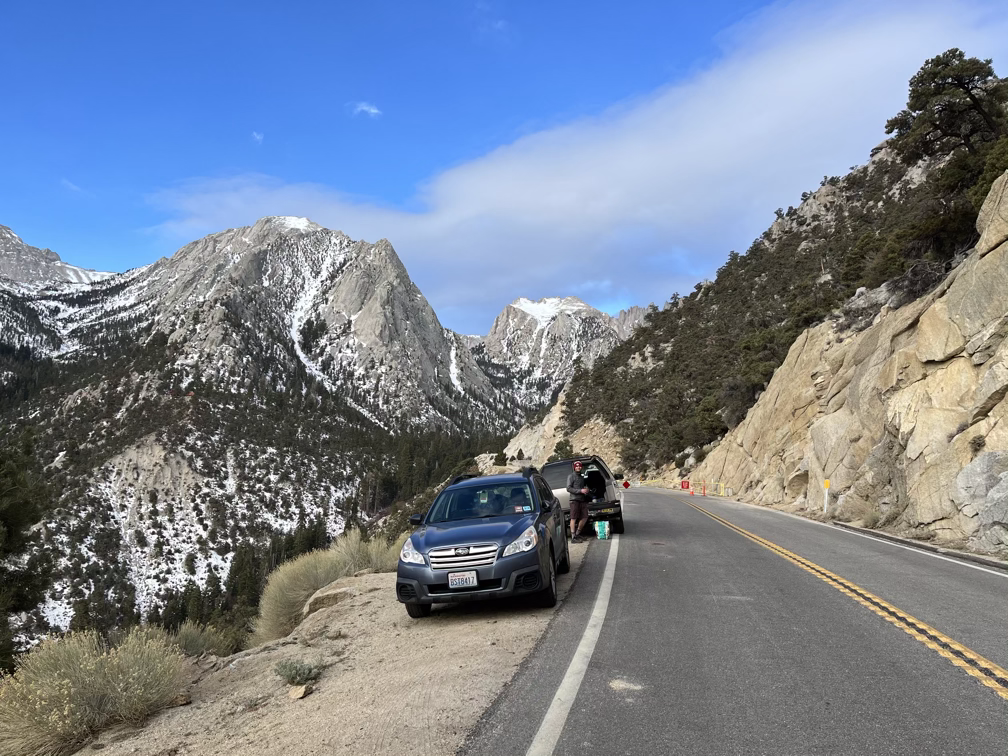 In Winter the portal road is gated about 2 miles below the trailhead. So we drove up in the morning and parked Jacob (the twilight blue Outback) at the gate and threw in our winter camping and mountaineering gear. Le Cheval stayed behind to guard everything and keep any enterprising mice at bay.

Before leaving the sky cleared up just enough for us to barely glimpse Telescope peak far in the distance, behind the Inyo Range mountains that you can see closer in the image below. Badwater Basin is in Death Valley, behind and far below Telescope. 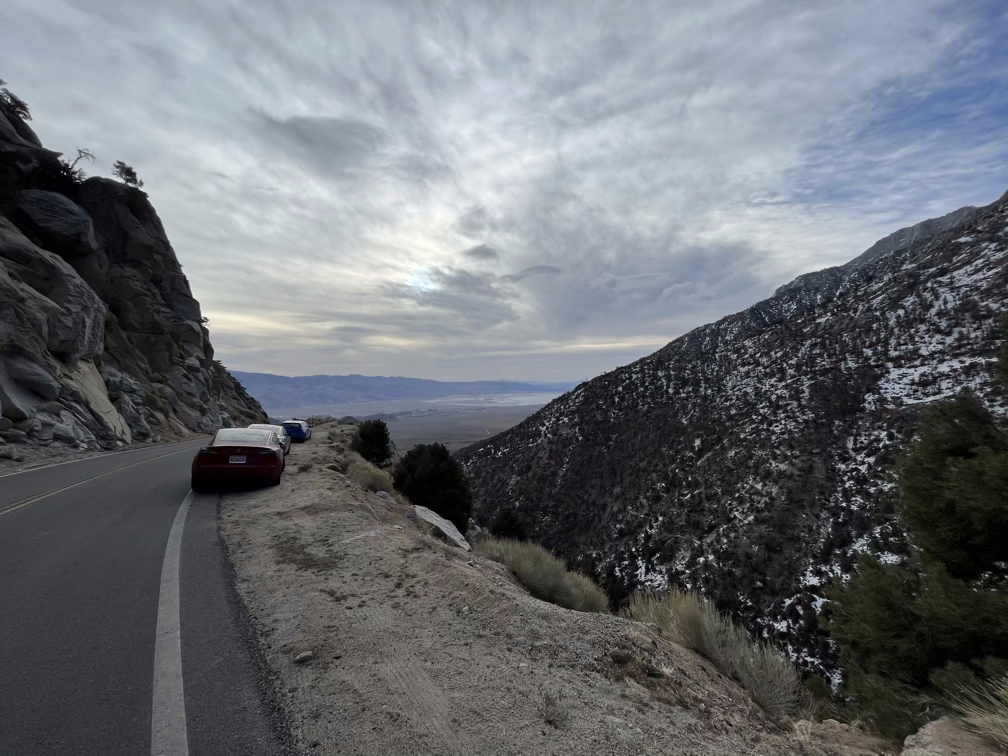 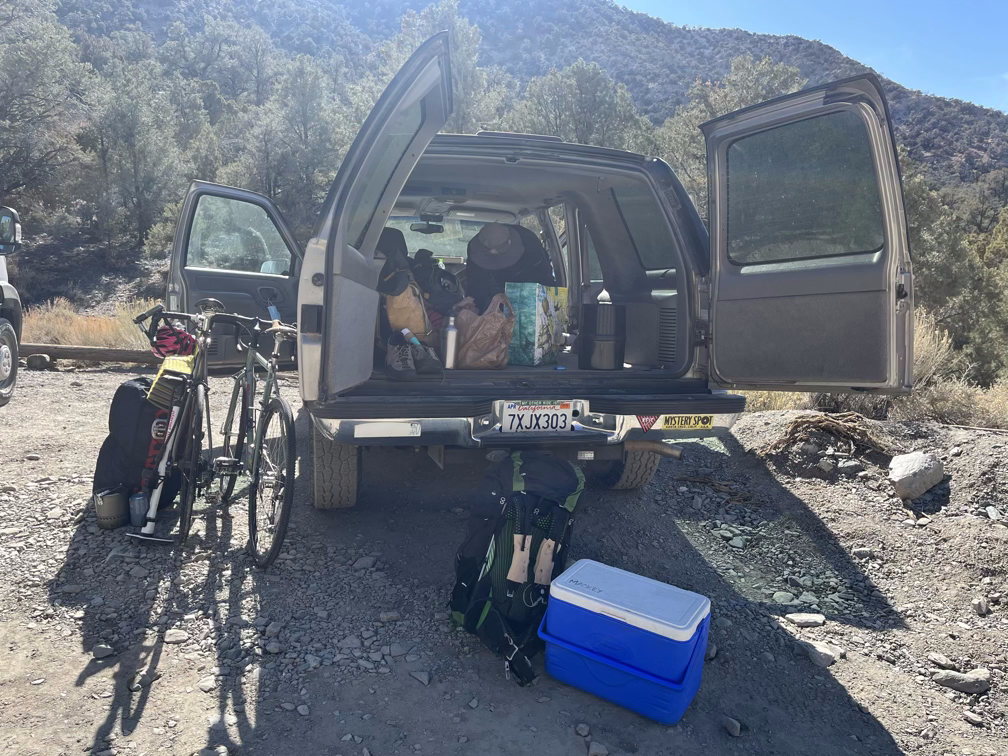 We sorted our gear and then cached some food, water, and camping supplies along with our bikes at the trailhead, which we planned to arrive back to the next evening. Then we enjoyed a few more hours of sunshine and warmth. 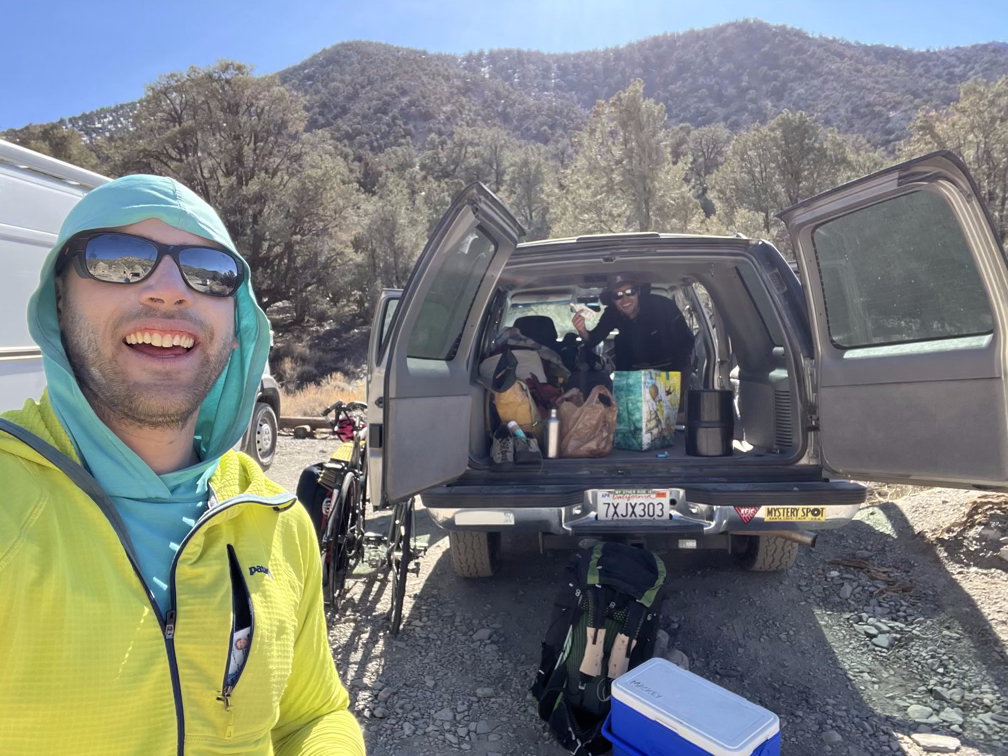 At this point, spirits were high, but we really didn’t know what to expect for the rest of the trip. Were we sufficiently prepared? We were constantly questioning our food supplies: did we have enough calories for each day? Would the foods we picked be appetizing when we were exhausted and tired? Did Dan have enough brownies? Would our bikes survive the terrible roads of Death Valley? What would we do if we had to give up part way, with our cars 130 miles apart? We each took our own tactic to dealing with our anxieties: Dan read and Alan organized.

We drove down out of Wildrose and slept an hour closer to Badwater Basin to save ourselves a little bit of time and ended up camping near some rusted up old cars. 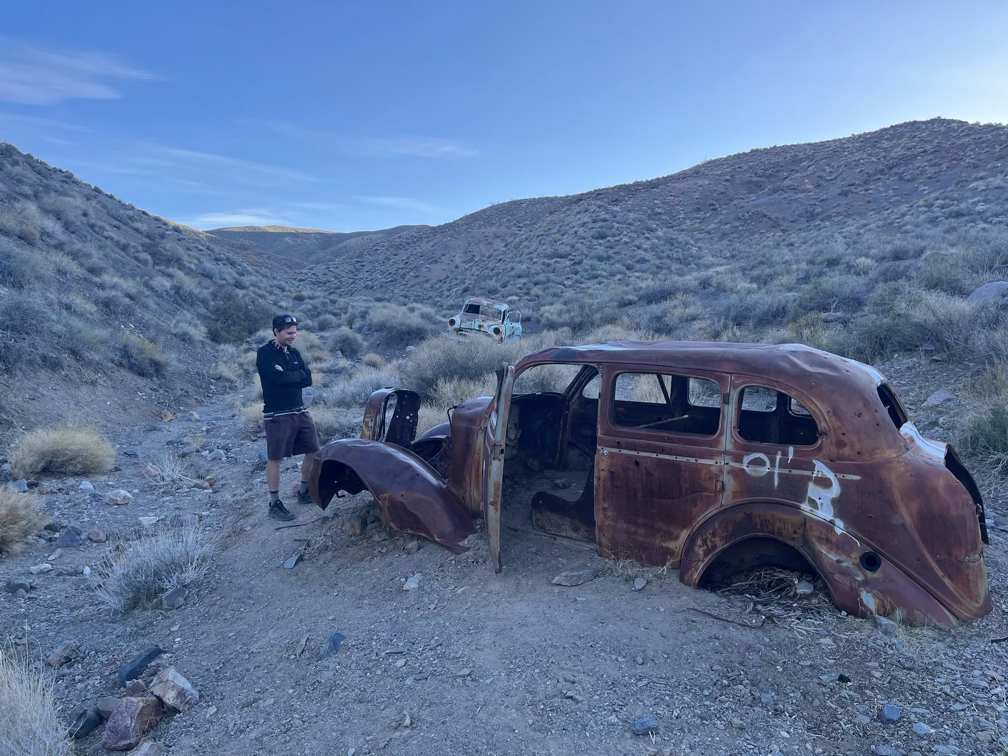 By sunset we were in bed, a little nervous. 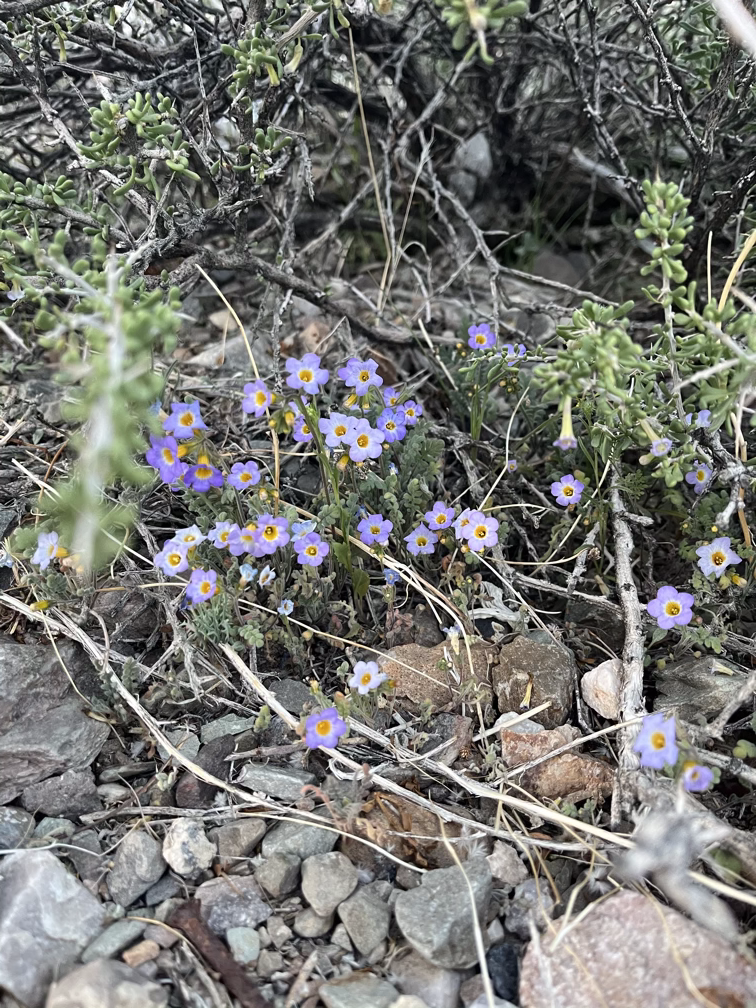